Smartphones have become a lot more than just shiny toys; they have become the communication device of choice in our wired lives. According to an estimate, there were over one billion Smartphone in use at the end of 2012 and this number is expected to double within the next three years.

What are People doing on their Smartphones?

Ever wonder what people really use their smartphones for? The European telecom company O2 breaks it down for us:

“Smartphones are now being used like a digital ‘Swiss Army Knife’, replacing possessions like watches, cameras, books and even laptops. While we’re seeing no let-up in the number of calls customers make or the amount of time they spend speaking on their phones, their phone now plays a far greater role in all aspects of their lives,” 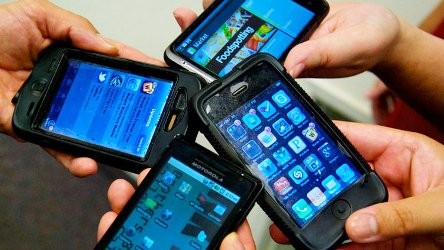 Why are smartphones important for business?

If you are a business owner, you should know that according to a survey commissioned by Google,

Now, the question is how can a business owner benefit from this information? Two words: mobile apps!

Smartphone users use mobile apps to perform different functions. So, having mobile apps developed that are related to your business might be one of the best investments you can make.